New road safety rule approved for August 2022 - (From left to right: Scott Tilyard -Tasmanian Road Safety Advisory Council, Peter Frazer - Founder of Safer Australian Roads and Highways (SARAH) gr ...
Free central Hobart bus loop on the cards - Hobart City Council has unanimously voted in favour of a free bus service for the central business district. CEO Kelly Grisby will explore options ...
State records 66th covid death - Tasmania has recorded another covid linked death overnight - a man in his 80's in the state's south. Another 1,216 covid cases have been repo ...
Lynette Dawson's sister emotional in court - Lynette Dawson's sister has choked back tears in court recalling a conversation in 1981 during which she says the alleged murder victim told her Chris ...
Coalition targets public service savings - A re-elected Morrison government aims to save an additional $1 billion over the next four years by requiring the public service to make even more savi ...
Child abuse material offender behind bars - A 31-year-old Tasmanian man was yesterday (Monday 16 May) sentenced to four years&rsquo; imprisonment for child exploitation and bestiality offe ...
Dew confident on new Suns coaching deal - Gold Coast coach Stuart Dew is as confident as ever that he will earn a new contract with the AFL club despite the looming spectre of Alastair Clarkso ...
Leaders bump heads over housing policy - Prime Minister Scott Morrison says he's not thinking of standing down after Saturday's election when asked what he would do in the event of a Coalitio ...
Rods out for Roy as tributes keep flowing - The tributes continue to flow for Andrew Symonds, with a 'Fishing Rods for Roy' campaign launched to honour the former Australia Test star.
Police shaken after alleged vehicle ram - Police have slammed the behaviour of two drivers in Tasmania's south, after two separate hooning events. Shortly after midnight on Saturday, an off ... 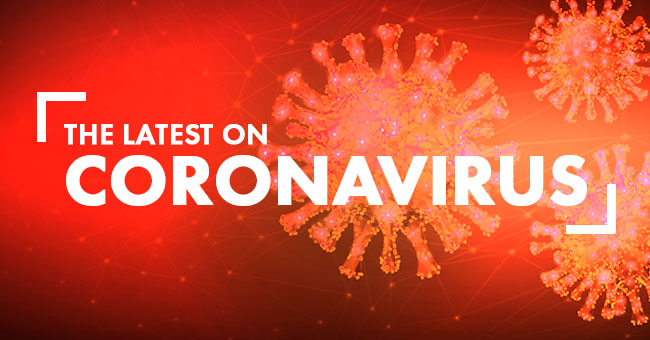 The Department of Health has revealed Tasmania has one of the highest per-capita rates of COVID infection in the country.

2408 new cases and a new death were recorded in Wednesday's numbers, taking the state's pandemic toll to 32.

"I would like to pass on my sincerest condolences to the family, friends, and loved ones of the man who sadly passed away," he said.

More than 100,000 cases of coronavirus have now been recorded since borders reopened in mid-December.

That means roughly 1 in every 5 Tasmanians has caught the disease.

With an average daily infection number of around 2000 in recent weeks, about 0.4% of Tasmania's population is getting infected every day.

In comparison, New South Wales is currently notching up around 20,000 new cases each day, or about 0.25% of its population.

In Victoria, the rate is lower at 0.18% based on recent daily case numbers of about 12,000, while Queensland is similar.

"We are one of the highest per capita," Deputy Director of Public Health Dr Julie Graham told the ABC.

"We appear to have peaked earlier than other states but they're certainly seeing numbers rise at the moment and the national modelling shows those numbers will come down towards end of April."

There are currently 39 people in Tasmanian hospitals with COVID including one in intensive care and of these, 19 are being treated specifically for the virus.