'Critical alert' issued for email systems - A "critical alert" has been issued to Australian organisations using Microsoft Exchange to send and receive emails after the tech giant foun ...
Qld to ease virus restrictions on Thursday - Queensland will ease coronavirus restrictions early after no new locally acquired cases were reported.
Police charge man after gun fired in public - A 35-year-old East Devonport man has been charged with a number of firearm offences, after a gun was allegedly fired in public. Police received rep ...
Morrison refuses to apologise to Holgate - Scott Morrison has refused to offer former Australia Post chief executive Christine Holgate an apology after she accused him of bullying.
Calls to boost cop numbers - Tasmania's Police Association is calling for an additional 70 officers around the state, along with 18 additional support staff, as part of its newl ...
JackJumpers unveil first signing - A basketball product of the Ulverstone-based North West Thunder has been unveiled as the JackJumpers' first major signing, ahead of the club's entry ...
Tassie warned to batten down the hatches - The State Emergency Service says Tasmanians need to prepare their properties for damaging winds on Wednesday. kunyani-Mt Wellington recorded a 102 ...
NZ to ban live animal exports by sea - Citing reputational risk from poor animal welfare practice, New Zealand is banning live exports of animals by sea.
I was suicidal after Post furore: Holgate - Christine Holgate has revealed she was suicidal after being forced out as Australia Post boss in a scathing excoriation of Scott Morrison.
COVID death toll carries stark age warning - Australia has recorded its 910th coronavirus death with all bar five involving people aged 50 and over. 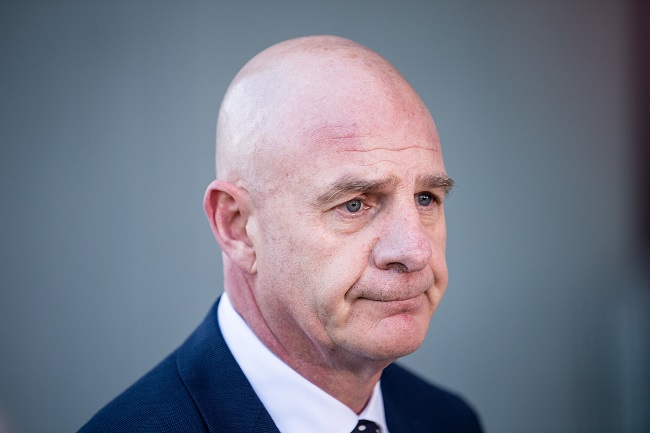 The Liberals say a record number of elective surgery procedures would be performed, if they win next month's election.

They're promising an extra $154 million dollars invested over four years.

That would lead to an extra 8,300 surgeries being performed in a year - a record for the state.

"This will include a wide range of surgeries and procedures, including hip and knee replacements, women’s health procedures, cataract removals, hernia repair surgeries and tonsillectomies, as well as diagnostic procedures such as colonoscopies."

"This investment is estimated to deliver nearly 20,000 more elective surgeries and over 2,300 extra endoscopies over the next four years."

The announcement has been slammed by the Opposition.

“They've announced that they are going to have 22,000 surgeries done by 10 additional doctors. How is that possible?"

Former Liberal Speaker of the House-turned Independent Member for Clark Sue Hickey has also jumped on the Liberals' commitment.

"Every fortnightly meeting I had with Premier Peter Gutwein and Ministers over the past three years, health was on my agenda and I implored them to put more money into health, but they simply weren’t interested."