Back from the dead: "extinct" cray resurfaces 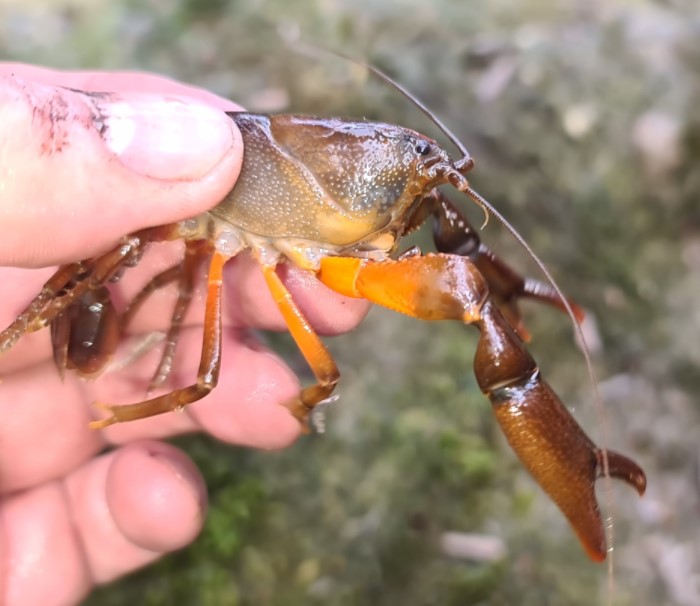 Biologists are excited after a species of burrowing crayfish thought to be extinct was rediscovered on Tasmania's West Coast.

A Hydro Tasmania environmental survey at Lake Burbury has found short-tailed rain crayfish specimens flourishing on the eastern slopes of Mt Lyell, including a female with eggs.

ECOtas consultant Associate Professor Alastair Richardson, formerly of the UTAS School of Natural Sciences, is a renowned crayfish expert who has spent decades studying them.

“So little is known about the short-tailed rain crayfish, it’s been difficult to make a determination on its status when for many years we were not even sure it was a separate species,” Professor Richardson said.

“But we knew their preferred habitat and remarkably, within just 10 minutes of mooring our boat at our very first target site we found our first specimen and we then later discovered a female carrying eggs, which is very encouraging.”

Hydro Tasmania Environmental Scientist Bec Sheldon said that as Australia’s largest water manager, it is essential the business has a thorough understanding of the environments it operates in.

“This field work is part of our review of the King and Yolande catchments, which give us a better understanding of the areas we use to generate renewable energy so we can manage them sustainably for everyone’s benefit,” Ms Sheldon said.