A shocking juice bar robbery near Launceston's CBD has left a young woman in hospital with serious injuries, and the man responsible is still on the run.

Police say a man wearing a grey top, sunglasses and a black cap walked into the business on Park Street at around 4.30 on Sunday afternoon.

He attacked the 19-year-old worker before making off with cash and car keys, also stealing a light blue Hyundai Getz outside before dumping it in a carpark near Plummer Street at Mowbray.

"The male was described as wearing a black cap, sunglasses, carrying a black backpack and wearing a grey top with two stripes on the sleeves over the top of another black top. He was wearing distinctive black shoes with bright orange stripes," said a police statement.

"Police would also like to hear from anyone who witnessed the incident or saw a light blue Hyundai Getz being driven erratically between Park St and Mowbray on Sunday afternoon."

UPDATE: Police have revealed they're hunting Michael Cowie (image below) in relation to the attack.

He is described as 185cm tall, solid build, a tattoo of writing on the right-hand side of his neck and missing teeth.

The public's warned to not approach Cowie; he should be reported to police on sight. 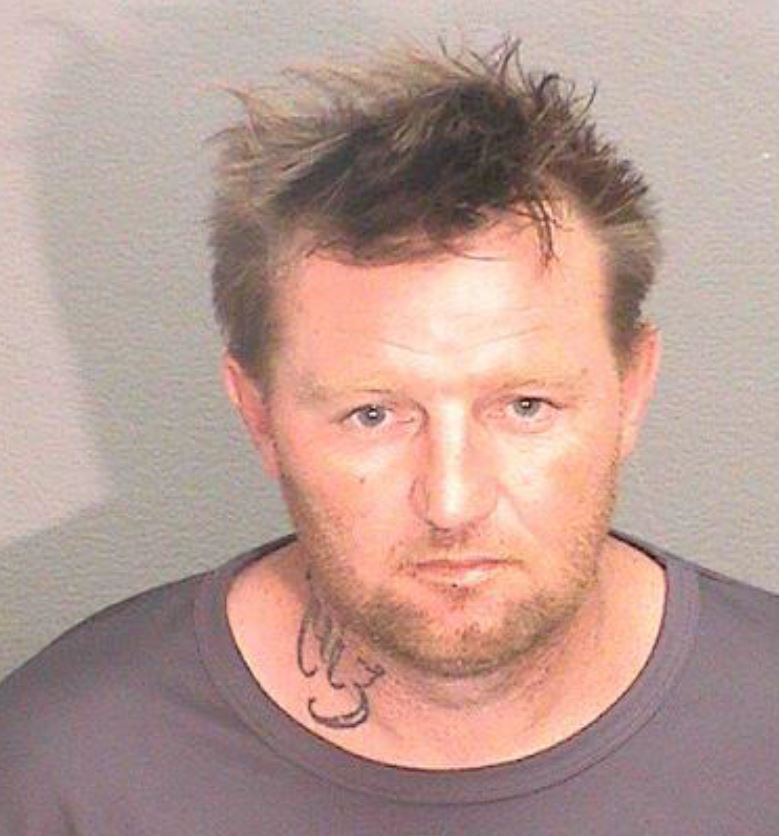