Tragedy could be around the corner 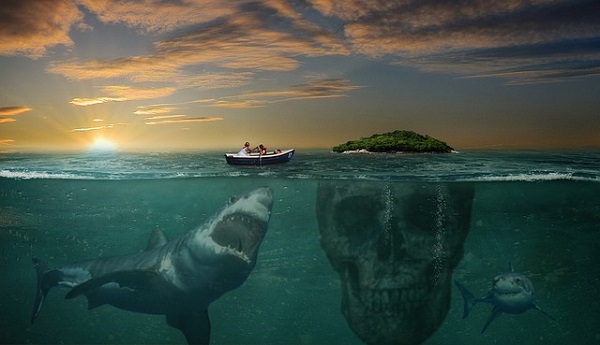 Unlike the plot of 1975 movie classic Jaws where a marauding great white is hunted, the shark or sharks terrorising Tasmanians in boats are protected.

Off Beechford on Wednesday while Sean and James Vinar were filming, a great white thrashed at their boat and sunk its teeth into the anchor tied to the bow.

Near Stanley on July 17th, a leaping great white injured 10 year old Lucas Arnott who was on a fishing trip with his dad.

Fishing media personality Adrian 'Mozza' Morrisby questions whether exceptions should be made for culling dangerous individuals.

"I totally believe it myself that this is out of control, sometimes the rules might just have to be waived, but there will be people on the side of the shark, no doubt, that say it should be protected, but it's not long before it does something worse, I think."

As for what is behind the behaviour, Mozza has a few thoughts.

"In South Australia they do cage diving with great white sharks, they encourage the great whites to come to the boat and buzz past the cage for tourists to look at, they encourage them to jump out of the water and breach, that could be something that's been trained to do around boats. The other one is in South Africa, they do a lot of breaching to get baby seals, they have proved it by towing fake seals behind boats, they are having great whites breaching up out of the water and grab the seal as a bait."