A return to pubs as NSW virus rules eased - Sydney's pubs and clubs have been brought back to life with up to 50 people allowed inside as part of the state's eased COVID-19 restrictions.
Queensland virus 'victim' tests negative - The Queensland man thought to be Australia's youngest COVID-19 victim has tested negative to the virus after his death.
Fires burn near White House amid protests - Fires burned near the White House, stores were looted in New York City and Southern California, and a tanker truck drove into marchers in Minneapolis ...
One-off bonus an 'insult' for NSW workers - The NSW government's proposal to give public servants a one-off $1000 stimulus payment if they agree to a 12-month pay freeze has been slammed by unio ...
Tap beers and manicures back on the menu - Australians are enjoying draught beers and fresh manicures as coronavirus restrictions ease around the nation.
Car theft chaos in Launceston - Two people are in custody as investigations continue into multiple car thefts in Launceston overnight. A member of the public reported an attempted ...
Tas home prices up, rents down - Tasmania's home buying market appears to have well and truly shaken off the pandemic. Hobart's home values rose in May, up 0.8% in the newly releas ...
PM eyes house builds for construction boom - New home construction and major renovation projects could be boosted through cash grants under a federal government coronavirus recovery plan.
West Coast TV series - SBS is behind a new drama series in Tasmania. The Tailings tells the story of a daughter investigating her father's death in a remote community on ...
BBQ birthday scratchie win - A Tasmanian man has had a birthday he will never forget, winning $25,000 on an Instant Scratch-It ticket he received as a gift. The Sandy Bay man s ... 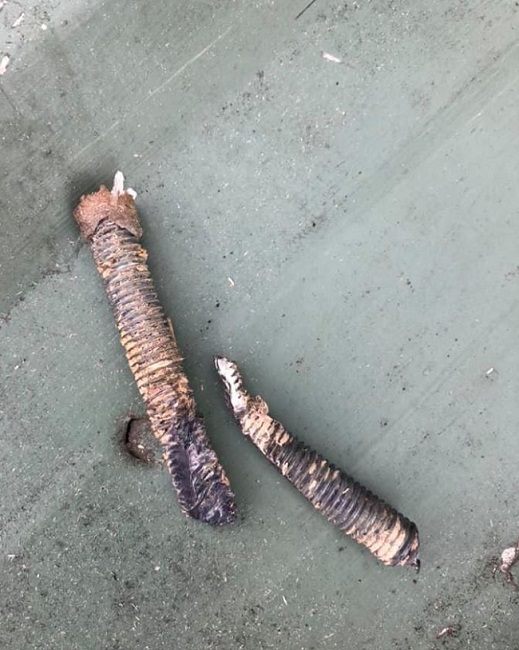 Potentially fatal bolts were allegedly discovered driven into logs at two Tasmanian logging mills in the Derwent Valley and at Bridgewater.

The company said the bolts broke a saw which will cost at least $3,000 to replace. Police are now involved and the Bob Brown Foundation has denied any of its activists are responsible.

Terry Edwards, chief executive of the Forest Industries Association of Tasmania says it is extremely dangerous.

"This is a deliberate act and the bolts haven't been there long. There is no blue on the wood where the bolts have been - this is very recent," he said.

“This incident could have severely injured or killed these workers and this is an extremely serious situation."

She says she's highly suspicious that this is another attempt to blame and demonise people who are standing against forest destruction.

“The Tasmanian conservation movement has a long and proud history of peaceful protest. It has never resorted to tree spiking,” Ms O’Connor said.

"The last time tree spiking was alleged, in 2012, it was found to be the work of a disgruntled industry worker."

"We support the calls from environmental groups for a full Tasmania Police investigation of the alleged incident at a Tasmanian logging mill. That investigation must include contractors and employees of the businesses involved," she added.