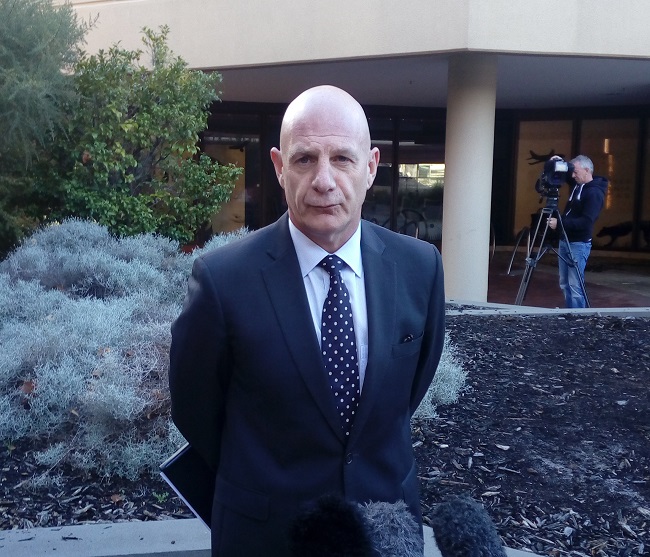 His only challenger for the state's top job, Michael Ferguson, confirmed in a statement that he and would-be deputy Elise Archer would not challege at today's Liberal Party ballot.

"I have been speaking with my colleagues over the weekend about the leadership of the Liberal Party and have decided not to stand as a candidate," Mr Ferguson said in a statement

Current Deputy Premier Jeremy Rockcliff will continue in that role.

Mr Gutwein becomes Tasmania's first premier from the electorate of Bass since 1982.

He was first elected to parliament in 2002, the same year outgoing Premier Will Hodgman also was voted in,

In a shock decision last week, Mr Hodgman announced that he would be standing down as Premier and from public life altogether, citing the personal toll the job has taken on his family and the need to spend more time with them.