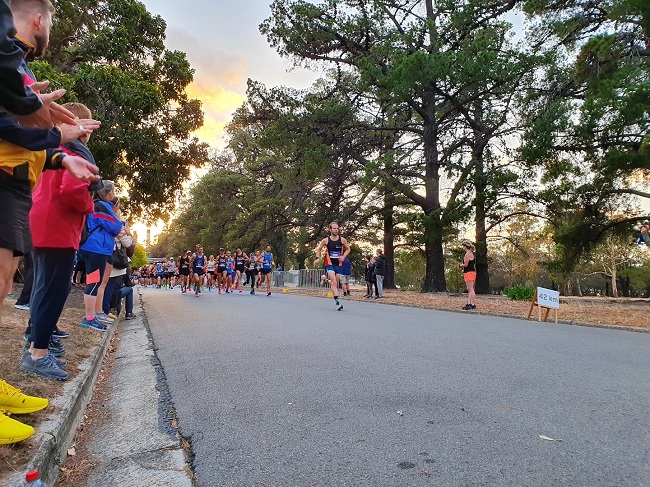 It started with Launceston's Milly Clark breaking a 34-year record in the half-marathon, running 73 minutes and 15 seconds.

She took 45 seconds off the benchmark held by Lisa Ondieki, the 1988 Olympic marathon silver medalist.

"It lasted 34 years for a reason so a massive achievement that one," Race Director Richard Welsh said.

Shortly afterwards in the main event, Hobart's Nick Earle set a new record for the Cadbury Marathon at 2 hours and 18 minutes (plus a few seconds), about 5 minutes taken off the course record which was set in 2010 by Scott McTaggart.

Not long after that, American Katie Conlon broke the women's record.

She finished in 2 hours 42 minutes, 4 minutes quicker than the previous best set back in 2007 by Hanny Allston.

Mr. Welsh is putting down the success to a number of factors.

"We made a couple of changes to the course which we think made it a little bit faster. The conditions were pretty good despite a bit of a head wind for runners on the way back. But of course you've got to get athletes in a competitive field and in good shape themselves. So it was really nice to get enough of those ingredients right to see several records broken today," he said.