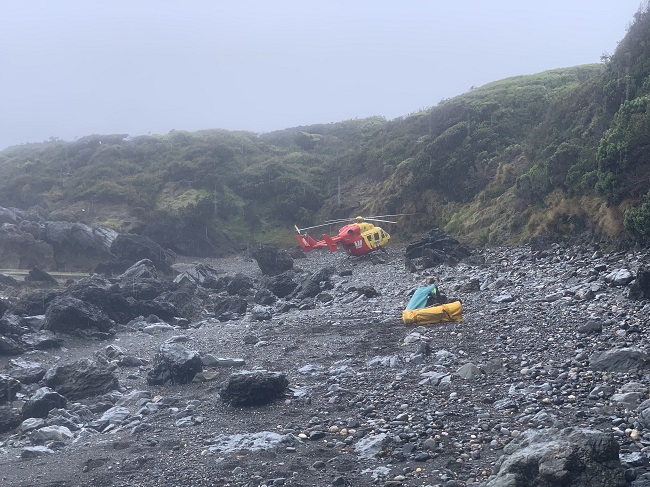 A bushwalker has been airlifted to the Royal Hobart Hospital after sustaining an injury while hiking at a remote location near Hibbs Bay on Tasmania's West Coast.

The 22-year-old male had fallen off a 4 metre cliff and hurt his hip yesterday morning, rendering him unable to walk.

Another member of the group of 5 activated their emergency beacon and called authorities with a satellite phone at about 11am, 47 kilometres south of Strahan.

The Westpac Rescue Helicopter was flown to the location at around 1pm amid poor weather and the man was winched to safety.

“The walking party were well prepared for the rugged west coast and the carrying of an EPIRB and satellite phone was invaluable in gaining medical assistance to the injured person,” Inspector Shane LeFevre said.