Man injured in Perth targeted shooting - A man has been shot in the leg in Perth in what police believe to be a targeted attack.
Human skeletal remains found in Qld river - Skeletal remains found in a river at Mackay in Queensland are human, police say.
Adelaide man wanted over machete attack - An Adelaide man has allegedly attacked a woman with a machete and then forced her to withdraw cash from a bank.
Cable car setback - Hobart City Council is again requesting more details from the proponent behind the controversial Mount Wellington/kunyani cable car. Additional inf ...
Sydney driver bites cop at traffic stop - A Sydney police officer has been bitten multiple times in a violent struggle with a driver arrested on cocaine possession charges.
Bushfire smoke to return to Melbourne - Smoke from Victoria's deadly bushfires is expected to blanket Melbourne once again this weekend, as some people living in the state's northeast are be ...
Shark chomps surfer south of Sydney - A surfer has suffered a deep shark bite to his left foot south of Port Kembla in the NSW Illawarra.
Unions want disaster allowance increased - A union head wants an immediate raise in the disaster recovery allowance for bushfire-affected Australians.
Sports grant politicisation 'disgusting' - Calls are growing for the government minister at the centre of the $100 million sports grant scandal to step down.
Showdown: Gutwein vs Ferguson for Premier - Outgoing Premier Will Hodgman says it would be inappropriate for him to vote on the new Liberal leader, given he won't be a part of the team. It m ... 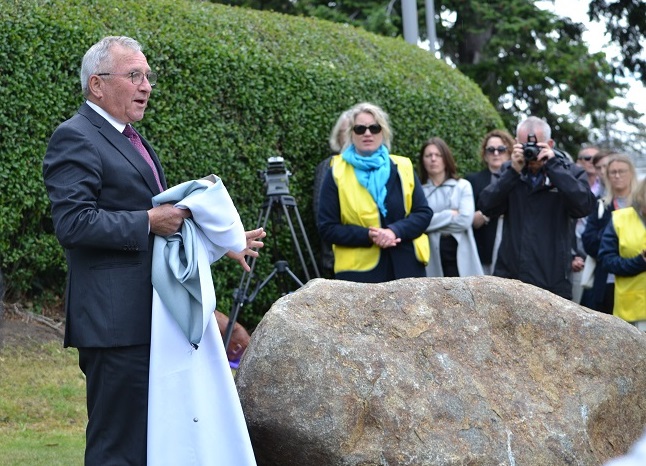 The historic whitewashing of Tasmania's dark past in relation to its Aboriginal people is a step closer to being healed, following an historic apology by the University of Tasmania this morning.

Indigenous community members from Burnie and Launceston joined hundreds of others in Hobart to hear the University's leadership apologise for past crimes, including violation of burial grounds and human remains.

Vice-Chancellor Rufus Black told those gathered at Domain House the truth must be told, however uncomfortable.

"For too long the histories we taught hid the true story of war and genocide, and the denial of human rights," he said. 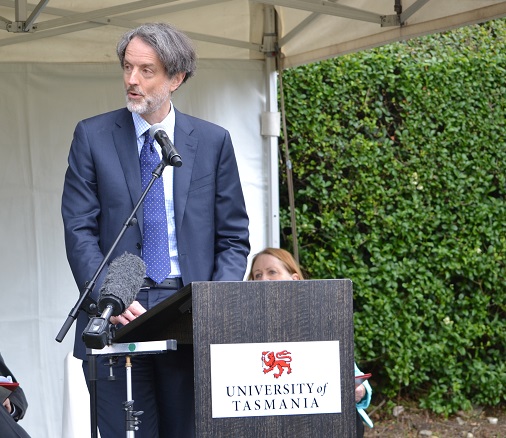 Vice-Chancellor Black also spoke of the particular significance of the Domain site.

"Our university was built from the proceeds of war and dispossession, from stone taken without permission from Aboriginal country and built on one of their special places," he said.

"We know that this was a special place, because very recently we have uncovered archaeological evidence: the Muwinina Peoples here brought great meals of shells up and sat, overlooking the great waterways and in the shadow of the mountain." 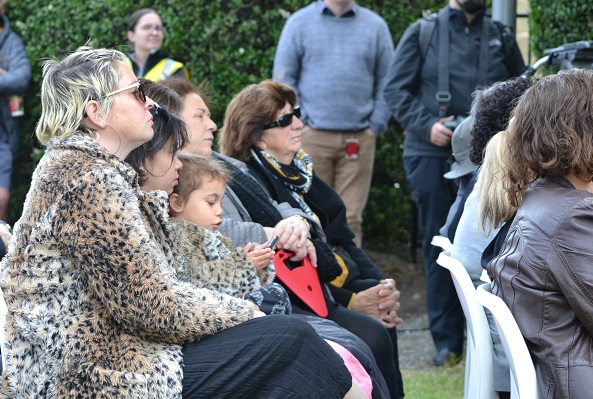 You are standing on lutruwita (Tasmania) Aboriginal land, sea and waterways.

This is Aboriginal country, inclusive of the land, sea and river that you see from here.

The palawa people share a sacred link with nipaluna country of Hobart and possessed these lands for sixty millennia.

As you pause to reflect on the depth of culture, history and wisdom on this island, and you connect with the place, kunanyi above and the river below, remember and honour those that came before.

The University of Tasmania acknowledges the deep wrongs committed against the palawa people in our name and unreservedly apologises for them.

Palawa presence will be forever imprinted on these lands and waterways.

the university of lutruwita acknowledges the deep wrongs committed against the palawa people in our name and unreservedly apologises for them.

Top: Chancellor Michael Field unveils a stone and plaque commemorating the apology in both English and palawa kani